“Is this a big run?” Johnny asked…

To which Johnny replied, “Hector Crawford!”.

I thought perhaps Hector Crawford was a marathon runner… turns out he doesn’t actually exist, it just happened to be the only verbal response Johnny could muster, being in shock from my proposed activity.

You could say I dabble in the running game… running on the soccer field, running from Police, running from commitment and running away from my problems… I’m a semi seasoned runner, yet this…. this is a distance I am yet to conquer in one session. Not one month into 2018, no proper training, no New Years resolutions, just an able body, a touch of crazy and a desire to get as far away from the past, and as far into the future as possible.

3:20am, Sunday morning. I hit the showers and kit up. Shorts, tights, top, long sleeve top, wind cheater & coat. It’s 10 degrees outside the warmth of the hostel. Walking up the street to catch the bus from the Best Western around the corner, I’m greeted by the drunken patrons of the bars and clubs still open. For once, at this hour on a Sunday morning, I’m not one of these drunks. One guy passes me and says, “hey girllll”. Oh god, please don’t mug or rape me… I really want to run this marathon.

A 20 minute ride from Hobart City, we arrive at the Cadbury Factory in buses, under the cover of darkness. It’s all very Willy Wonka. I manage to procrastinate inside at the bag drop for such a length of time, I only have two minutes to spare before the race starts. I strip off two layers and head to the starting line. We’re off. Two loops of the Cadbury Estate, then down the hill and into the thick of it. 5km’s in – I can’t feel my hands. They are frozen in the clenched position… It’s a blur for a part of the course as we do two laps of this circuit. Cut to, I’m down to the final 10kms. A trio of men catch up to me and one says, “you coming with us?”… I reply, “I’ll see you at the finish line, I think you’ll get there before me”. He chimes back, “you’re not even breaking a sweat, you look strong”. That was the second time I’d heard that in the last 24 hours. In the final kilometre, which was all uphill (so rude who ends a marathon uphill), I left those men for dead and gunned it, telling myself I don’t get a second chance, to dig deep and kill it. According to Strava, I did. That last km, a warm tingling wave washed over my body, as if I was in a meditative state. My smile grew wide, as did my strides. The crowd cheered. I greeted the finish line like the love of my life was on the other side.. Or a mojito (same thing). 3 hours 43 minutes (Strava) or 3 hours 44 minutes (Cadbury). No pre or during race poo’s, no stops and no problems.

Waiting for the bus back into Hobart, a few of the full and half marathon race winners are also waiting. Nick (the second place winner of the half marathon) asks if I had a positive or negative split.. I said I have no idea what that is. “Take a guess” he says… I say “sounds like a breakup term – definitely a negative split in that case… A positive split would be if it’s mutual, and you stay friends”. He laughs and explains it’s when you run faster (negative) or slower (positive) in the second half of your race, compared to your first half. In light of this newly discovered information, I can confidently say, it was a negative split for me. I literally sprinted across the finish line, reaching into my depleted energy stores, breaking down mental barriers, to place 80th overall, and be the 14th woman out of 103 women, to finish the marathon. Not bad for someone who only booked and registered last week, didn’t train and had never run a marathon.

Nick and I do some solid shit talking for the bus ride back and make fun of his fellow friend, marathon winner and Commonwealth Games contender, Adam. Apparently he’s a big deal. Before we part ways, Nick invites me to join the guys for some drinks later on at Preacher. As I’m trying to fit in as much of Hobart as possible in the short time I’m here, I end up catching a ferry to MONA (museum of old and new art) instead. Don’t worry, I still got in a post-race mojito – just no socializing.

MONA was worth it! Controversial and confronting. My style all over. A few pieces in particular had me close to tears. Waiting for the ferry back to Brooke St Pier, I head to the Wine Bar for a cheeky glass of Sav Blanc and some toasted flat bread with Harissa spiced homus. This venue is part of the MONA Estate and gives the option of alfresco dining (lounging around on the grass on a bean bag) or you can perch yourself on a tree stump stool and take in the view of the Morilla vineyard from the deck. Rustic Australiana, meets hip casual contemporary.

Lining up for the ferry back to Hobart City, a fellow marathon runner and I recognise each other and start chatting. We speak about our results and motives behind entering. Hers was turning 30. Mine… A spur of the moment whim, to see how far I could push my body, to challenge myself & maybe a bit of a “f*ck you” to a certain person/s. Getting off the ferry, she even goes as far to congratulate me a second time for my effort. Bless her.

The weather might be cold in Tassie, yet the people are warm (the ones I’ve encountered thus far). 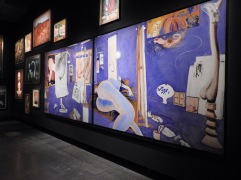 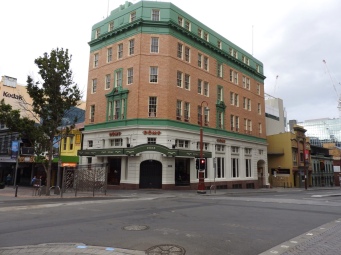 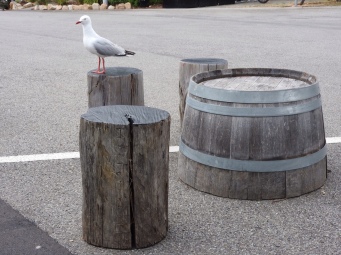 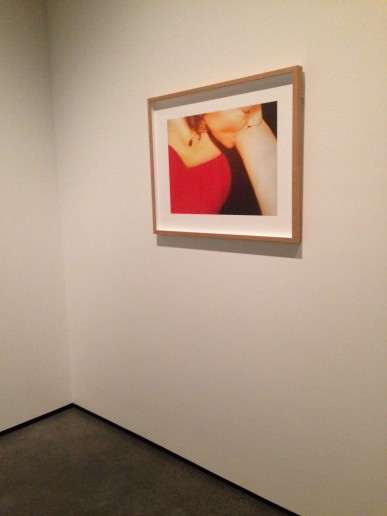 Wine Bar
Sunday evening, it’s still daylight as I stroll through the main streets to my hostel. Yesterday, these streets alive with activity, now, there’s not a soul to be seen. The sound of my boots on the pavement echo, bouncing off the walls of the buildings framing this once busy, now eerily silent precinct. It’s a Sunday night apocalypse and I’ve bought into the illusion I have the entire city to myself.

Back at the hostel… heavy eyed.. being horizontal has never felt so good.

One thought on “Cadbury Marathon – Glass half full”

This site uses Akismet to reduce spam. Learn how your comment data is processed.